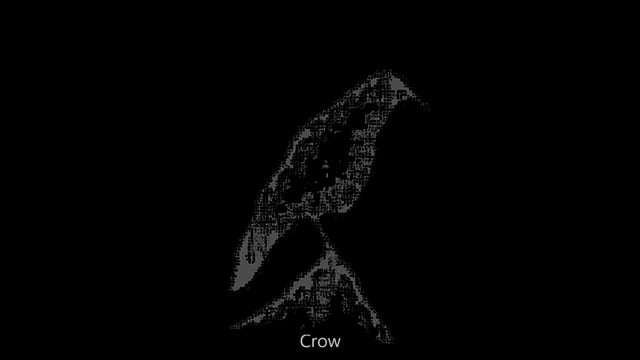 Democratizing Technology for a Creative Society

Today (Monday, May 2, 2016) I will be speaking at Harvard’s Real Colegio Complutense together with Jose Luis Garcia del Castillo y López. If you are around the Cambridge area, come join us at 4.15pm.

Creativity is at the heart of every single individual. The use of our imagination in combination with design, science, humanities, and art, is a powerful mode of self-expression, a fundamental characteristic of intelligent human beings.

Across history, creative mediums have been widely accessible to society. Any individual with access to a brush and a canvas was able to paint and start mastering his own skills. Today new design mediums are emerging thanks to the rapid evolution of technology. However, fields like computation, robotics, 3d printing, video games, or augmented reality are far from easy to use as creative tools, without investing a great amount of time learning how to use them. It is our challenge as designers to democratize the affordances in creativity and new modes of expression that come with these technologies, and provide non-designers with improved access to them.

In this talk, we will discuss the role of “design interfaces” as mediators between complex technological frameworks and the non-expert community, as the new paradigm in human-computer creativity. We will showcase several examples of software, hardware, installations, and platforms created by experts but designed for the novice, and the ways these tools may bring creativity back to society.

The Hard and the Soft Way to Work with Grasshopper References

There is a fun component when working with computational tools in architecture: they are extremely flexible. They simplify a whole algorithmic world, letting us choose what to do with them.

Freedom and flexibility are great, but they can be a double-edged sword; too much flexibility might lead to solve a problem in multiple ways without a real improvement. Standardizing our ways of doing can speed up our work. Setting up workflows and constrains can save time and create space for creativity.

When working with Grasshopper, the geometry used can be native from Grasshopper or referenced from Rhino. Either way, the operations we can perform with both types of geometry references inside Grasshopper are the same—the only difference resides in the origin of that geometry and the method used to reference it.

I like to differentiate among two ways of referencing Rhino geometry inside Grasshopper: hard references and soft references.

I strongly recommend you to always work with soft references. When Grasshopper definitions start getting big, hard references can be your enemy; they are difficult maintain and can break a whole definition easily. On the other hand, soft references will make it easier for you to organize your Grasshopper references in a Rhino document. Here is how I do it.

Every time I work with Rhino references in Grasshopper, I create layers using a naming convention to reference them from the geometry pipeline with ease.

I group all layers with soft references inside a layer folder named REF, and every layer under it is named with the prefix REF_ and a short description (using text and underscores to describe what kind of references are to be stored on them).

In Grasshopper, I create a geometry pipeline component for each of those layers, filtering by name, and, if known, by object type (point, curve, surface, mesh, or a combination of those).

After everything has been set up, we have Grasshopper geometry pipelines that “soft reference” the contents inside the reference layers. Changing the contents of those layers will update the reference and re-generate the Grasshopper definition using the new inputs. For instance, if you were to draw a set of curves where you need trees to be created each five meters, you would:

Hopefully, this method will simplify your way of working with Grasshopper references, and allow you to create bullet-proof definitions which don’t get broken by hard-references. Thanks for reading.

As happens with programming languages, Grasshopper is a really flexible tool. A given problem could be solved in many different ways, and each of those ways would be equally right, as Grasshopper is basically programming through a visual interface (of course, some solutions to that problem will be more efficient and optimized than others).

Through the daily use of Grasshopper, I found myself repeating tasks over and over—common tasks that were part of most of my Grasshopper definitions.

Workflows are ways to structure definitions for those frequently-performed tasks, or simply paths in which problems can be solved, in order to save time and optimize the way we do things.

Recently, I incorporated two of my workflows to the GettingArchitectureDoneKit, an open-source kit with utilities and workflows for common tasks in Grasshopper for Rhino. You can check the repository of the project on Github. Utilities are simplified or improved operations, and workflows are ways to structure your definitions to achieve certain things.

The first workflow I implemented allows to bake elements in different layers. A small group is created per objects' layer with a specific name, and all of them are later included under a group called Output.

I like maintaining the color used in workflow groups, so every time I copy-paste it to my definitions its color can be easily associated to a workflow.

The main functionality of the GADWorkflowBake is the Bake Component, part of the Elefront plugin for Grasshopper (a dependency of this workflow).

The purpose of the second workflow is to work with different parameter-sets inside a Grasshopper definition.

For instance, the file provided inside the kit has a file with various options for the width, height, length, and x variables of the definition. This way, you can work with different options in parallel, and switch among them just by changing a single connector.

I will be adding more workflows to the GADKit in Github as I create them. It is good to become familiar with this dynamic of abstracting the workflows you often use, to save time and optimize different processes.

If you are familiar with Grasshopper for Rhino, you may already know that its visual programming interface works with components that get plugged to each other—each of the components being a function that takes and returns parameters as inputs and outputs, respectively.

GhPython is a Grasshopper plugin which brings the flexibility of the python programming language and the rhinoscriptsyntax right into Grasshopper — so you can build custom Grasshopper components by coding scripts in python.

This plugin doesn't come with Grasshopper by default, but you can download it here, and install it by dragging it on top of Grasshopper. The new plugin will appear under the Math components' section the next time you run Grasshopper (or you can run the GrasshopperUnloadPlugin command in Rhino to unload the plugin, then run Grasshopper to open it back again).

Create the Grasshopper definition as you see in the screenshot, and then double click the Python component to edit its code. Add the following snippet:

The end result is output a, which is a Grasshopper Point created by our Python component. This point is exactly the same that if it was created with the Grasshopper Construct Point component.